The most popular spot you should visit in Kamakura city should be the second largest image of Buddha in Japan.  11 meter high and 121 ton statue is worth visiting.  Even though the statue maker is still unknown, it is national treasure and constructed in 13th century. Originally it was covered by golden foil and placed in the Buddha hall, however, the hall was swept away by Tsunami in 15th century.

Look, his handsome face!  He attained spiritual enlightenment and has no anger, greed, and grumbles. Take photos with clear blue sky. 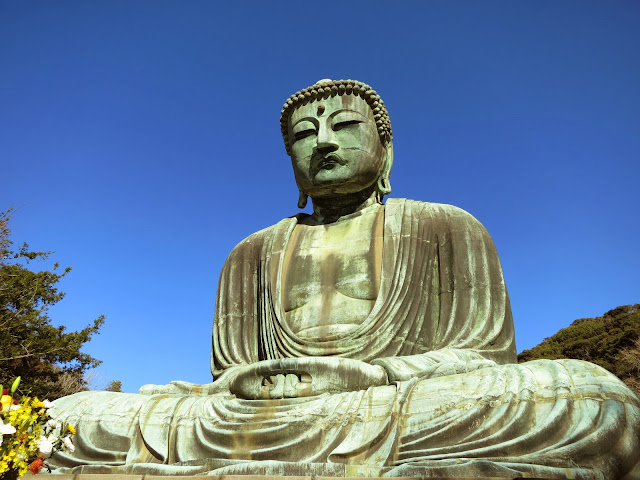 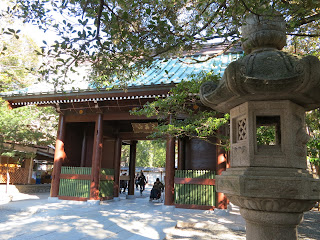 The Great Buddha is in Kotokuin Temple.


You can enter inside of the Great Buddha by paying JPY 20.  Bronze casting is still remained. 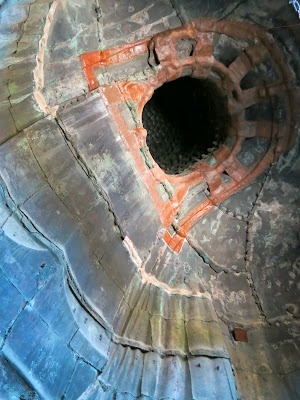 Straw sandals dedicated for the Buddha so that he can walk around in Japan and save people. 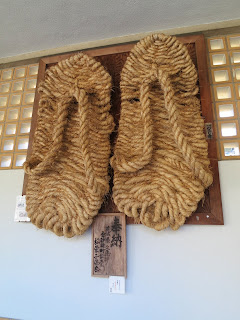 Back side of the statue. 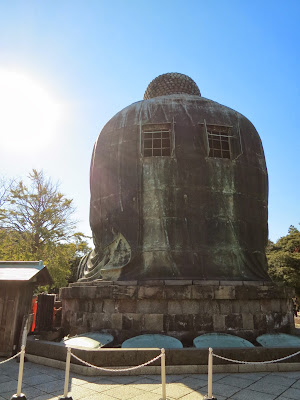 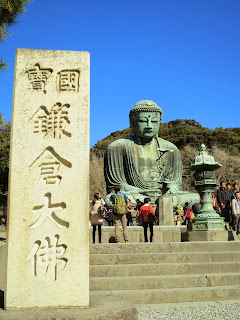