Sumo wrestling is traditional and highly ritualized sports in Japan.  Sumo has 1500 year history, and it is said that the origin was the ritual to predict the harvest of agricultural production in every year. 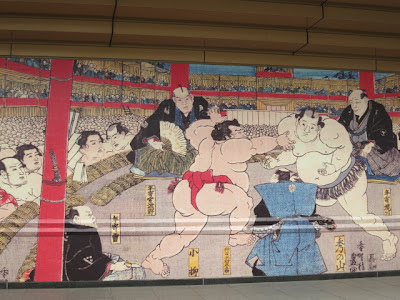 At the entrance of Ryogoku Sumo Stadium, you can see how sumo wrestling was in Edo period.

The sumo tournaments take place over the span of 15 days, 6 times in the year. In Tokyo, the tournaments are held in January, May, and September. (And in March in Osaka, in July in Nagoya, and in November in Fukuoka.)

I took this photo from Arena Seats A. 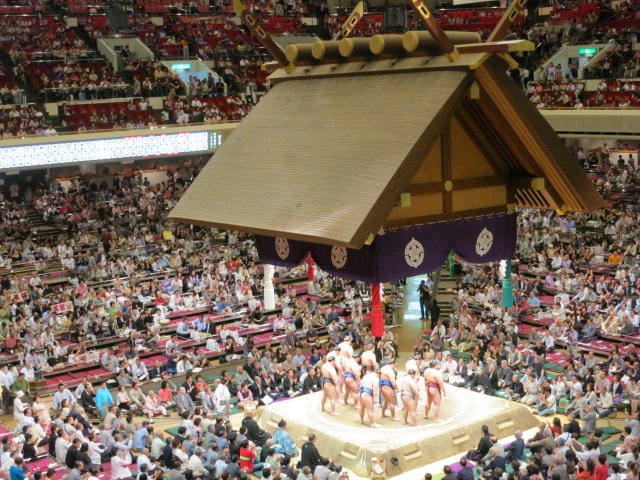 If you have a ticket, you can go in the stadium and can watch the wrestling about from 10:00am.  On each day of the tournament immediately before the makuuchi matches are scheduled, the colorful "entering the ring" ceremony take place. So let's go to the stadium at the latest 15:00. You can have Sumo ranking list and Today's Bouts in English at the entrance. 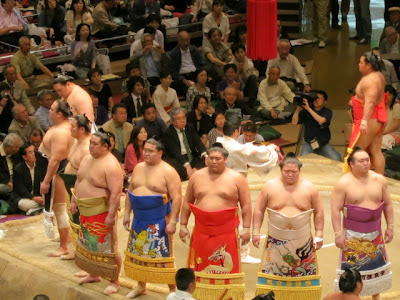 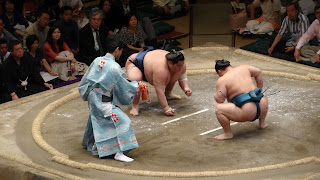 After the salt throwing ritual, Get set... 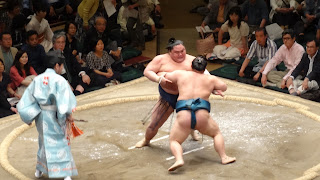 Not only the sumo wrestlers, but also the referees have the grades.


On the last day, a prize-giving ceremony is held at the end.  Various kinds of awards are given to the winner not only from Japanese government but also from other countries, for examples in this match, the winner won gasoline for a year and mushroom for a year! (I am not sure how much they are, but surprising.)﻿ 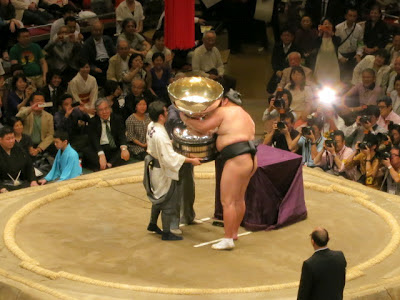 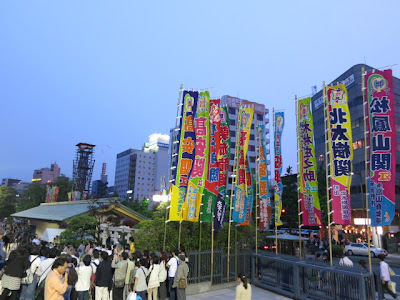 You can check the ticket price and availabilities here.
http://sumo.pia.jp/en/

On the last weekends of the matching span, it is probably hard to secure the tickets. You can also buy the tickets at the ticket office of the stadium when the seats are available.